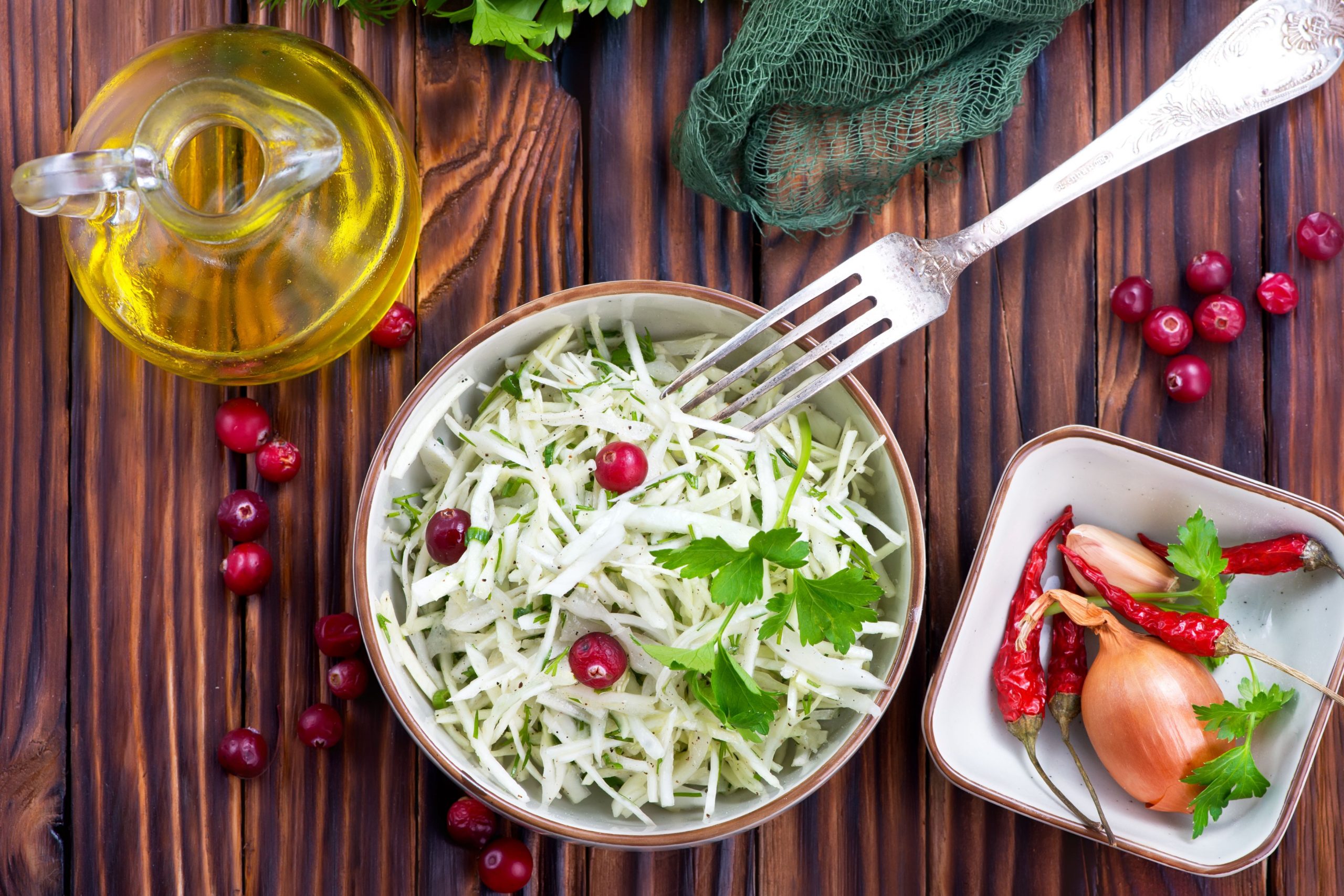 The Ancient Athenian cabbage salad recipe was the first vitamin C booster ever written! It could be the oldest recorded salad recipe in European history. Not only that it was a nourishing and refreshing dish, but it was also considered a medicine. Originally, it was published by Mnesitheus, quoted in Oribasius, Medical Collections 4, 4, 1. Now, as you know, here on Greek Goes Keto we just adore history and archaeology. In particular, we love the gastronomical history of the Mediterranean area.

Food in the antiquity

Food has been paramount to social life throughout human history. In classical antiquity, food was one of the most important parts of all events. From religious ceremonies to glitzy symposiums. There is an abundance of historical texts on what the ancient Greeks and Romans ate and drank… In those texts and in archaeological finds we draw the inspiration. Finally, this can help us bring the gastronomical inventions of our ancestors to life in the 21st century.

The recipe I am going to present here was extremely popular among Greek and Roman writers. For example, Oribasius (4th century AD), a well-known doctor of the late Roman Empire, borrowed this recipe from an ancient book of dietary advice. This old book by Mnesitheus, a medical writer from Athens (4th century BC) is a favourite read by those who like to utilise nutrition as medicine.

Ancient healers were quite interested in this recipe. People reported it helped reduce headaches and was good for stomach upsets. Pliny claims if taken before a meal it could prevent drunkenness. Furthermore, if someone would suffer from a hangover, this salad was the ultimate remedy!

‘Cabbage should be sliced with the sharpest possible iron blade, then washed, drained, and chopped with plenty of coriander and rue. Then sprinkle with honey vinegar* and add just a little bit of silphium. Incidentally, you can eat this as a meze.’

*Honey was mixed with water and some vinegar. Then it was left to ferment and turn into even better and richer vinegar.

From today’s perspective, when we know a thing or two about our physiology, we can see that cabbage is a great source of vitamin C and other relevant nutrients. When paired with vinegar and salt, in conditions where no refrigerators existed, we can see that a mild fermentation had to occur. There we have the beneficial probiotics and we know how important is the gut microbiome for our immunity and general health. Then we have medicinal herbs, which in this salad also go to the next level. Among them, the mystical and mythical medicinal herb does not exist anymore. Or does it?

Silphium – The mystical and mythical herb

If you have noticed this unusual ingredient in the recipe, you don’t have to worry about finding it. You will not! This plant does not exist anymore and there is a debate on its actual existence. Silphium was a veritable phenomenon, a panacea for all kinds of ailments. It was considered a potent aphrodisiac and its juice was drunk by men and women. Romans loved it so much, songs were composed, and stories were written.

The city of Cyrene (back then inhabited by Greeks) in today’s Lybia, modern Shahhat, is considered as the birthplace of Silphium. Before they gave it away to the Romans, the Greeks put it on their money. Julius Caesar went so far as to store some 680 kilos of the plant in the official treasury. If you are interested to learn more about it, this article is the best you can find online. And if you want to replace it with something in this recipe, I would recommend fennel flowers.

These ancient recipes always draw my attention and for some reason, they always taste so good. Perhaps because the simplest recipes are the best. On the other side, these are the original Mediterranean salads. I know everybody thinks of tomatoes, peppers, cucumbers, onions, olives, capers, and feta when they hear the word Greek salad. However, most of the ingredients from the modern Greek salad did not even exist in the Mediterranean zone back then.

If you decide to make it look more attractive, I would go for violet cabbage, some juniper berries or something similar. The salad would go great with both fish and meat. After all, culinary creativity is a neverending journey… 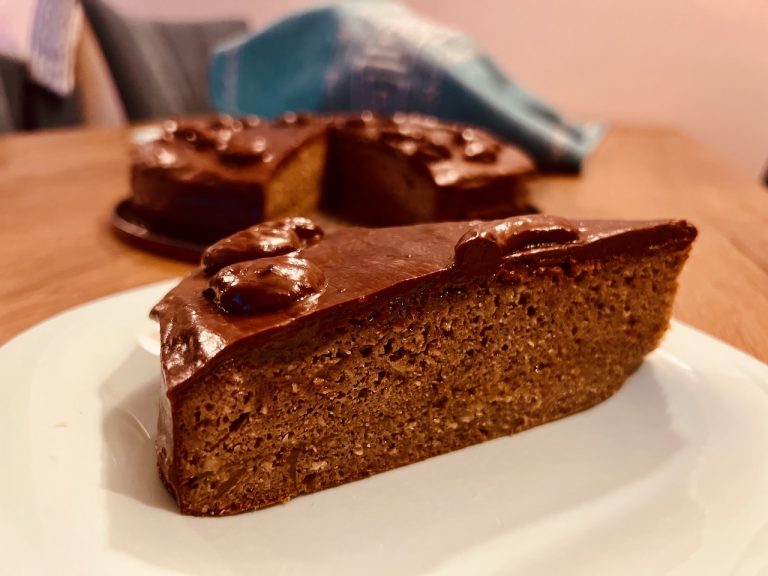 Low-Carb Sacher Torte is a special December project that had to happen in the Greek Goes Keto kitchen. Not only because December is the best time to visit Vienna, but also to make a dream come true! Yes, the famous and glorious Sacher torte (please pronounce it correctly, Za-Her) is now low-carb. Well, to make… 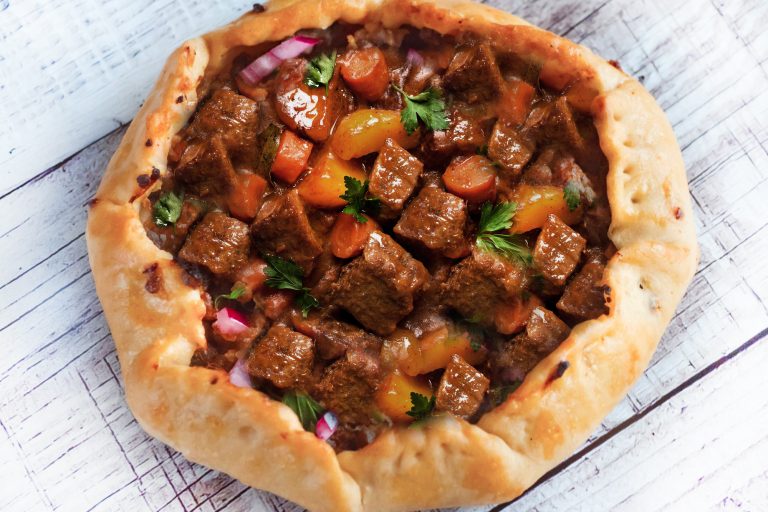 The real meat pie should consist of meat only, right? Ha, but we already created such a recipe! However, while writing the intro for our Keto Pies and Pizzas cookbook, I found an interesting fact about the history of pies. Ancient bakers in Athens, but also in the rest of the Mediterranean cultural basin, did…