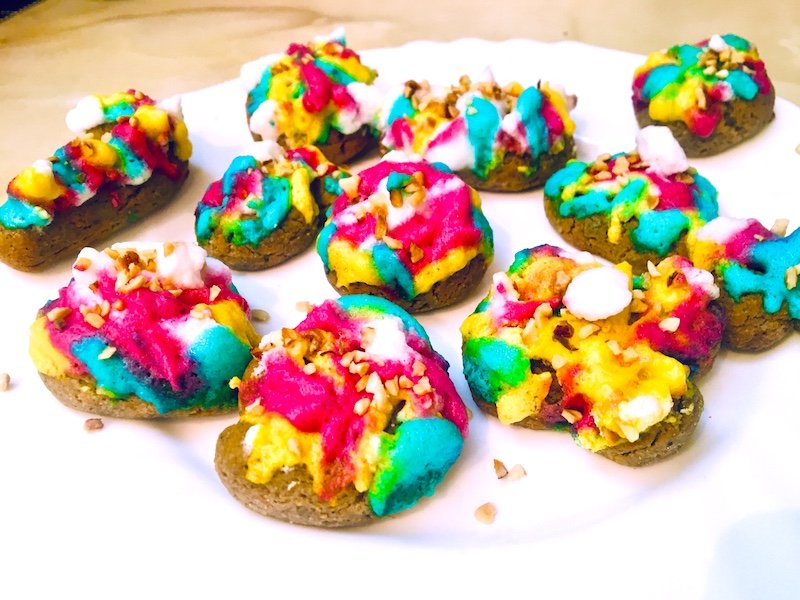 Black pepper in cookies, where does this tradition come from?

In Croatia, they are called Paprenjaci, and they could be one of my favourite Christmas treats if we don’t forget Breskvice. But, since I ketonised Breskvice 2 years ago, it was about time to Ketonise the mighty Paprenjaci.

Black pepper cookies are traditional in many European countries. You might know them under the name Pfeffernusse. They are dry, crunchy and aromatic! These biscuits are prepared using special wooden moulds or by shaping them with your hands. There’s a long history connected with Black pepper cookies or biscuits!

I keep using both expressions, cookies and biscuits but I prefer to call them biscuits 😉

They are known to have been prepared since the Renaissance and today they are most commonly made at Christmas time.

The addition of fragrant, aromatic spices make these cookies special and irresistible! They can last for weeks if you store them in a cool place. Of course, the Ketonisation will exclude the main sweetener (honey) and the addition of sugar. But everything else will be pretty much the same. My version is also a bit chewy but the icing on the second day becomes crunchy and melts in the mouth!

Black pepper as a spice has a rich history and there was a time when it was used as a payment method. In Europe, every country has a specific Christmas treat that includes various expensive spices, but also pepper. The biscuits that I am going to Ketonise for you, tastes divine even after several days. As they say in England:

The biscuits are not good if they don’t contain Love

Well, trust me – these contain loads of love and explosion of emotions.

Why did I use this crazy psychedelic icing technique?

Well, I was making them live in front of the Ketonian audience and I did not prepare the piping bags. So I had to improvise! You can use propper decorating tools and have amazing looking Black pepper Keto cookies or biscuits. On the other side, you can just go crazy (as I did) and make some artistic expression! The flavour and smell of these cookies will bring you to another level of positive emotions!

A Timeline of the black pepper trade

1000 B.C. – Arabian merchants owned a large monopoly in the spice trade. To preserve their precious sources, they invented legends of monsters overlooking the pepper groves.

40 A.D. – The Romans had a flourishing business in black pepper from India to Alexandria. They were not afraid of the monsters and dragons Arabs invented.

476 A.D. – With the downfall of the Roman Empire, Arabs once again established their domination in the commerce of black pepper.

10th Century A.D. – By this time black pepper had grown to be a significant spice in Europe. It is reported that English King Ethelred II (978-1016) ordered 10 pounds of pepper from German spice merchants as a fee for making a profit in London.

15th Century A.D. – By the end of this century, spice merchants from Alexandria were bringing tones black, red, and white pepper to Venice. Venice grew to be the distribution heart for pepper in Europe. The price sky-rocketed. This Venetian price-gouging inspired the travels of Christopher Columbus, Vasco de Gama, Sir Francis Drake and all other explorers.

1500 to 1600 A.D. – de Gama was the initial person to arrive in India by navigating around Africa. The Portuguese dominated the spice trade, shipping about 2 million kilograms of pepper yearly.

17th Century – The Dutch founded colonies in Bantam, Ceylon, Java, Lompong, and Malabar and therefore grew to be the kings of pepper! 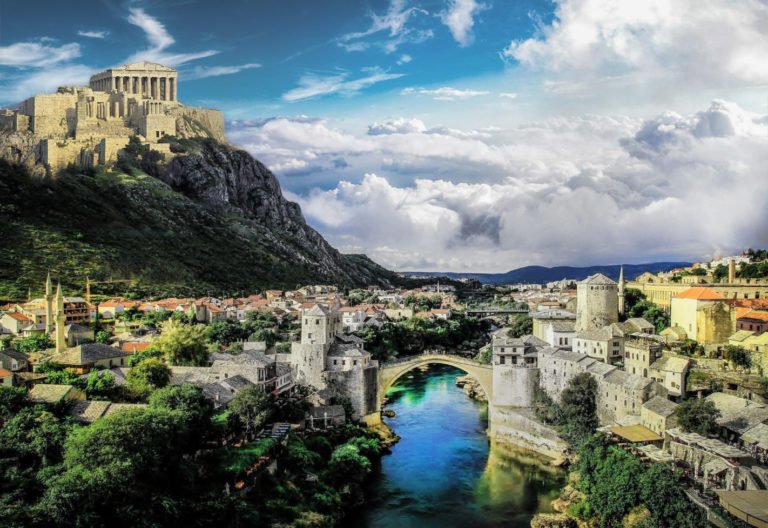 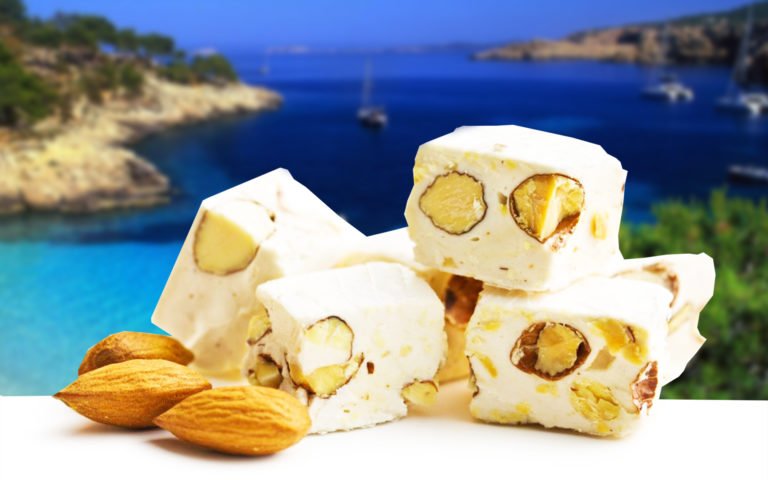 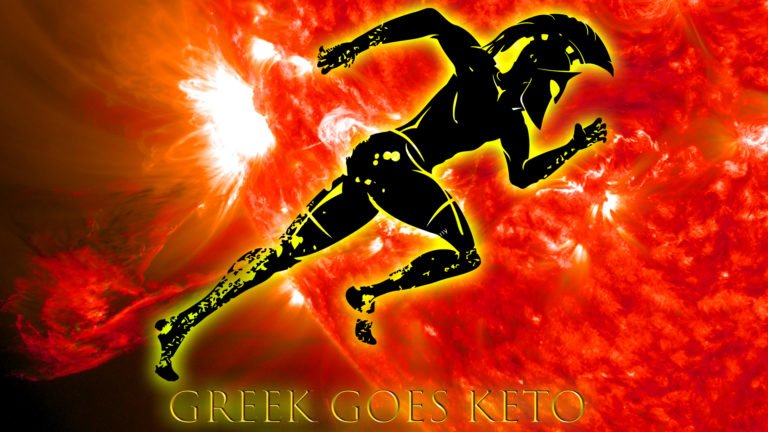 “How’s your Energy on Keto?” I hear this question way too many times. In fact, energy on Keto diet brought a lot of attention and raised some controversial debates. The utilisation of energy throughout the ketogenic diet is a wide and deep subject. Nevertheless, I would like to dive into this ocean of energy on… 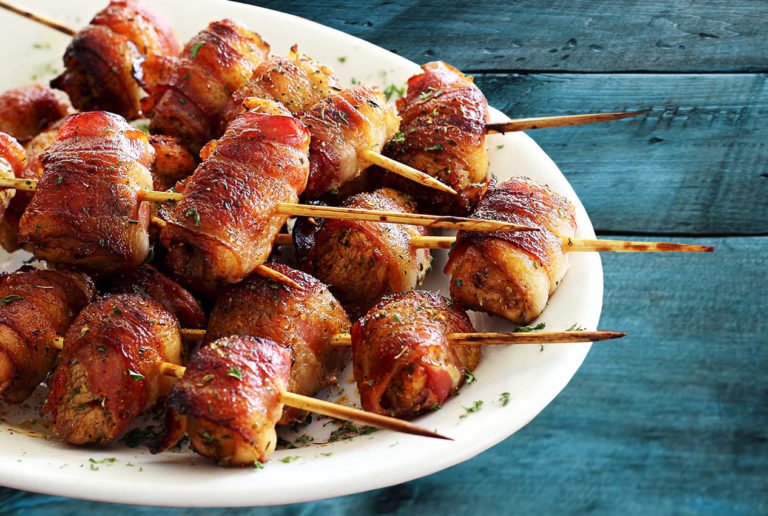 Souvlaki Kotobacon is one of modern Greek street food creations. It takes pride in great taste and attractive appearance. However, it’s not very Greek when it comes to ingredients. Chicken is not the first choice of meat in traditional Greek cuisine. Furthermore, bacon is so new to modern Greeks that they don’t even know the… 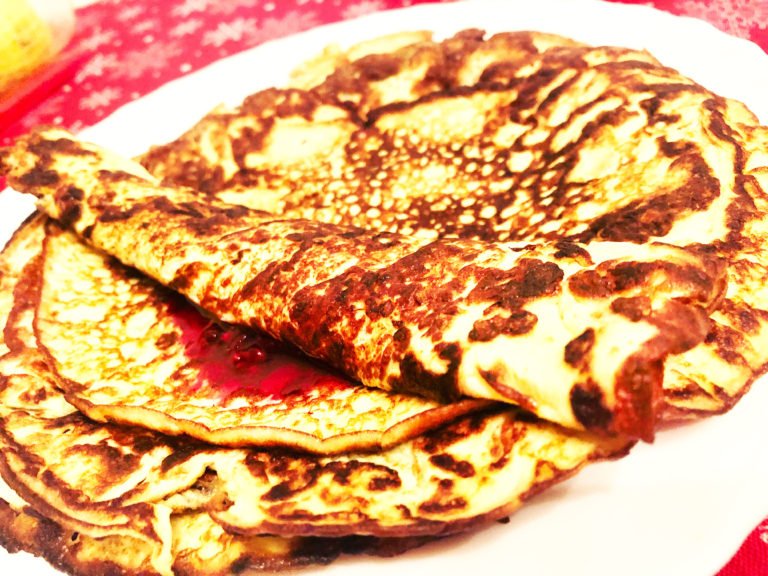 Keto crepes are always a trending subject. Well, Ketonians love breakfast food and they simply want to play around the morning rituals. After all, the main ingredients are eggs and there’s a small difference between an omelette and a crepe! We wrote two passionate posts about crepes. Well, we are Europeans, pancakes for us, in… 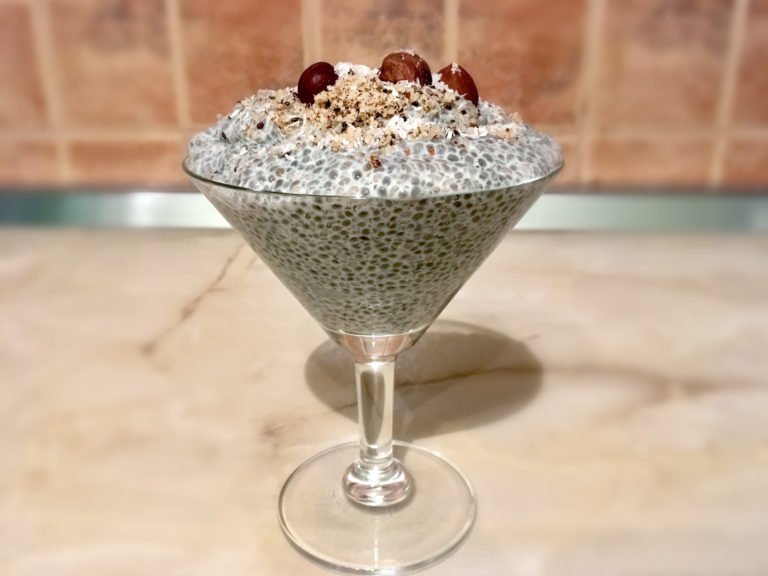 Chia pudding is very popular among Ketonian people. Everybody loves pudding. Well, at least the vast majority of us. On the Keto diet, the classical starchy pudding is out of the question. But luckily, chia helps to create new versatile recipes and there are keto puddings that taste and feel amazing. This extraordinary Chia pudding…