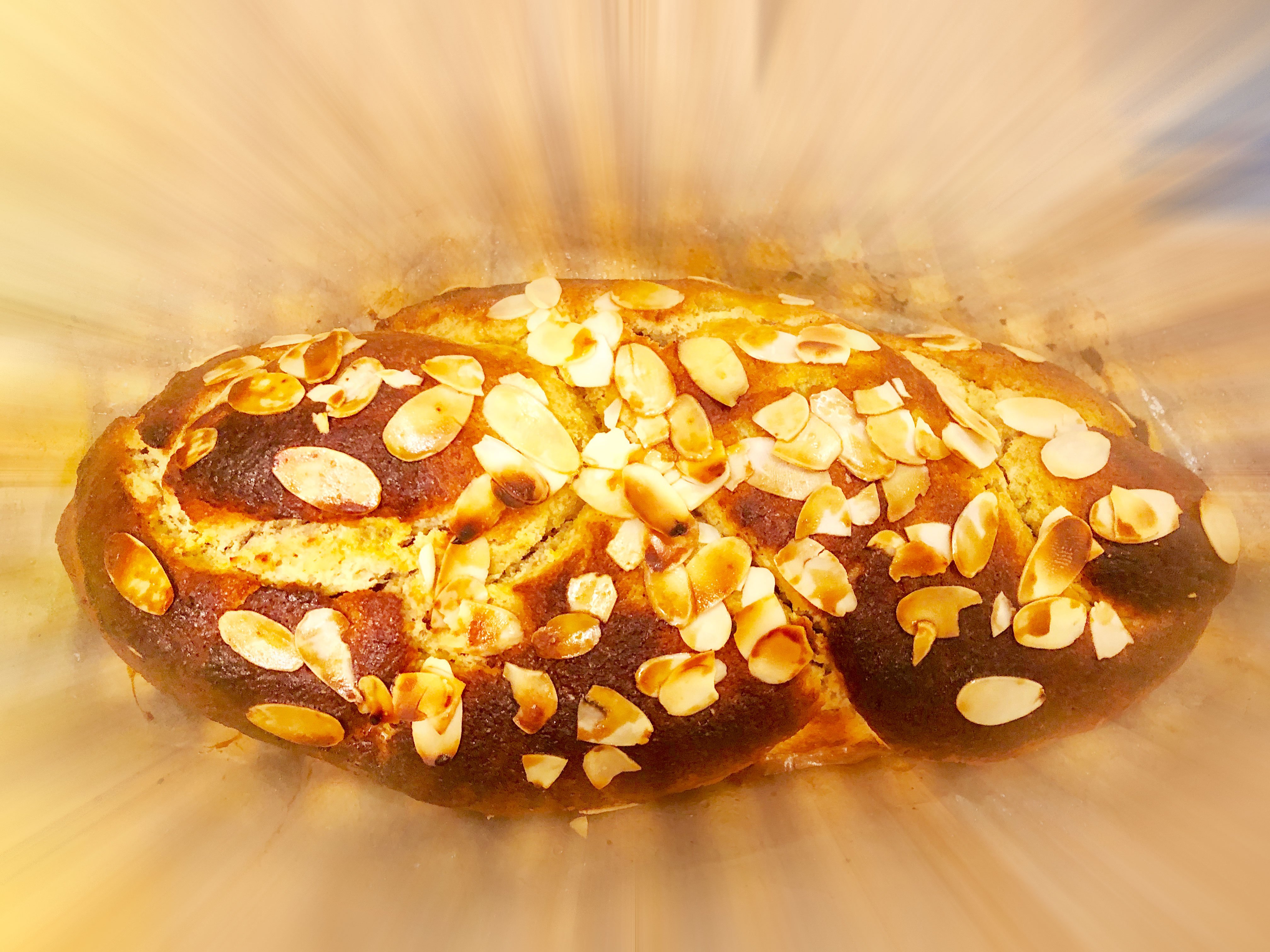 Low-Carb Greek Tsoureki is here Ketonians! After receiving numerous requests we finally succeeded to make it as low in carbs as possible! At the same time, we managed to preserve the typical flavour! Well, we even enhanced it a bit! I believe by adding more butter to Tsoureki, you are already making it taste so much better! 😉

Why is it not Keto?

Well, if you will cut thinner slices, then it will be Keto! This time we couldn’t compromise the taste. To do that we had to use just a 100g of ancient Greek cereal called Zea (also known as Emmer). Before you start judging us, please understand, Greek Tsoureki cannot be made with only Keto friendly flours. The taste simply cannot be the same and the only way we can make it healthy and suitable for Low-Carb eaters is to add this small amount of Zea.

The Zea Controversy and can we use it in Low-Carb baking?

Apollonas wrote it perfectly in his article about the Ancient Greek Feast! Let’s have a quick reminder:

I have been reading and almost fanatically searching for data about ancient Greek gastronomy for many years. For me, this was like a personal provocation. Naturally, I had to put a stop to the misinformation that ancient Greeks ate predominantly plant and wheat-based diet. Let’s remember, wheat was not popular in ancient Greece. Of course, they ate cereals, but they were barley and Zea! You can read more about long-forgotten cereal called Zea in this excellent article! If you are not on a strict Keto diet, you can even purchase it online. Try it, before they forbid it again! The way Zea was forbidden in 1920-ties in Greece should be considered a crime against humanity!

In another article, which is, in fact, a great recipe for stuffed eggplant, he wrote about the unhealthy cereals that rule Greek cuisine for a hundred years now. But let’s remember, Greek history and culinary art exists thousands of years before 1930 when Zea was officially banned in Greece.

Rice came to Greece in the thirties when the big crime against Greek nutrition happened. When Zea, the cereal which contains almost no gluten and which was the main cereal of ancient Greeks, was forbidden, rice was introduced together with the wheat. I would like to write a whole article about this, but someone has already written it so well! All I can do is ask you to read this and think about it! Try to understand the importance of excluding starch and gluten from diets all over the Earth!

»“The ancients did not eat bread from wheat. Wheat they used as animal feed and they named it πυρρό. They ate only bread from Zeia or barley, and only in emergencies from barley mixed with Wheat. Alexander the Great fed his army only on Zeia, in order that his men be healthy and mentally developed. Had the ancient Greeks eaten bread from wheat they would not have such a high level of intellectual development.”

“It is possible that ancient Greeks were so clever because they did not eat wheat which contains gluten, a substance which sticks the nerve endings and doesn’t leave the brain free to think and create, ”

Why did we use 100g of Zea for this Low-Carb Tsoureki?

First, for the historical reference! We wanted to give the Low-Carb Tsoureki ancient Greek feeling! Tsoureki became popular in Greece during the Ottoman Empire (the name comes from the Turkish word “corek” which refers to any kind of pastry made with yeast dough) Even though it became widely popular in the Byzantine period, the braids and knots have their origin in the ancient Greek pagan times! It has been recorded that the ancients shaped the bread in certain shapes to keep the evil spirits away from the home!

The second reason we decided to use Zea is the taste. Original Tsoureki flavour cannot be imitated with only Keto-friendly flours. It would be possible to come near with a mixture of sesame flour, almond flour and some psyllium. However, to make it really similar to real Tsoureki, (it’s a thing of huge traditional significance to Greeks) we had to compromise here!

Just how much carbs will we end up with?

Zea has much more protein and fibre than any other cereal. Even though it’s a cereal, it can be utilised in moderation on a Low-Carb diet. In a 100g of this flour, we got 2,5g fat, 50g carbs, 11g fibre which leaves us with 39g of net carbs in the whole loaf which we will cut into 15 or 20 pieces) and 10g of protein!

For Low-Carb baking, never use more than 100g of Zea per whole amount of dough!

Try to have it only for special occasions, it’s really not a Keto-friendly ingredient!

Zea is a cereal, but it has some interesting nutrition facts. It’s two times richer in dietary fibre and has less sugar, in contrast to other cereals. Furthermore, Zea is much richer in protein and emphasises a high content of the amino acid lysine which makes it easier to digest. Another key power of Zea is its great content in magnesium and many other minerals. 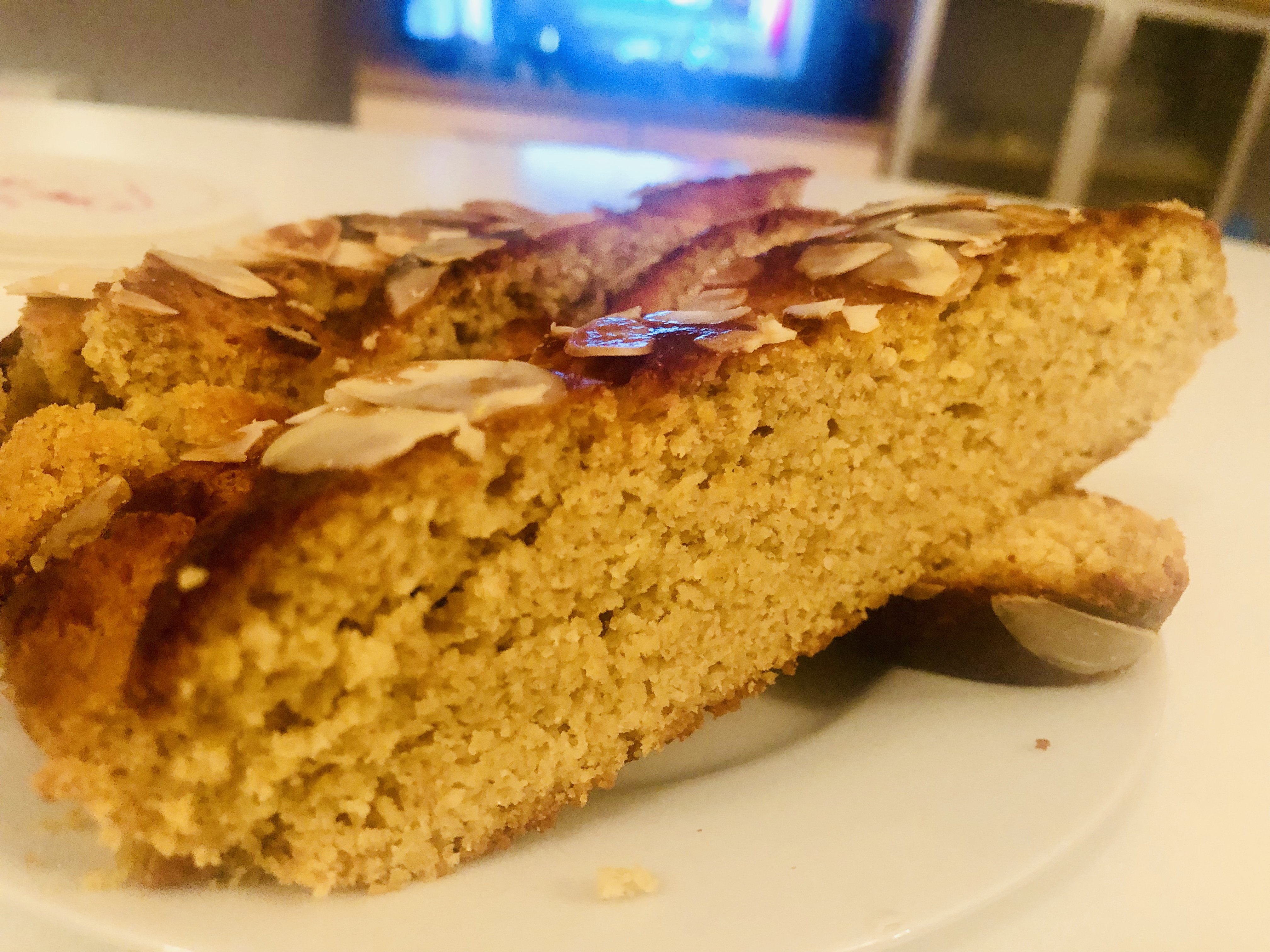 I will quote my favourite nutritionist in this universe and give you a link to his great article about the difference between Low-Carb and Keto diets. Yes, I am talking about mister Greek Goes Keto himself, Apollonas! Believe me, nobody explains it better than he does! 😉

As all the Ketonians know, a Keto recipe has to have less than 4g of net carbs per portion. If you can cut the slices very thin, then you’ll have yourself a treat that will not kick you out of ketosis. On the other side, if you decided to be just Low-carb during the Easter holidays, this is a perfect solution! Easter bread never tasted better and never was healthier! 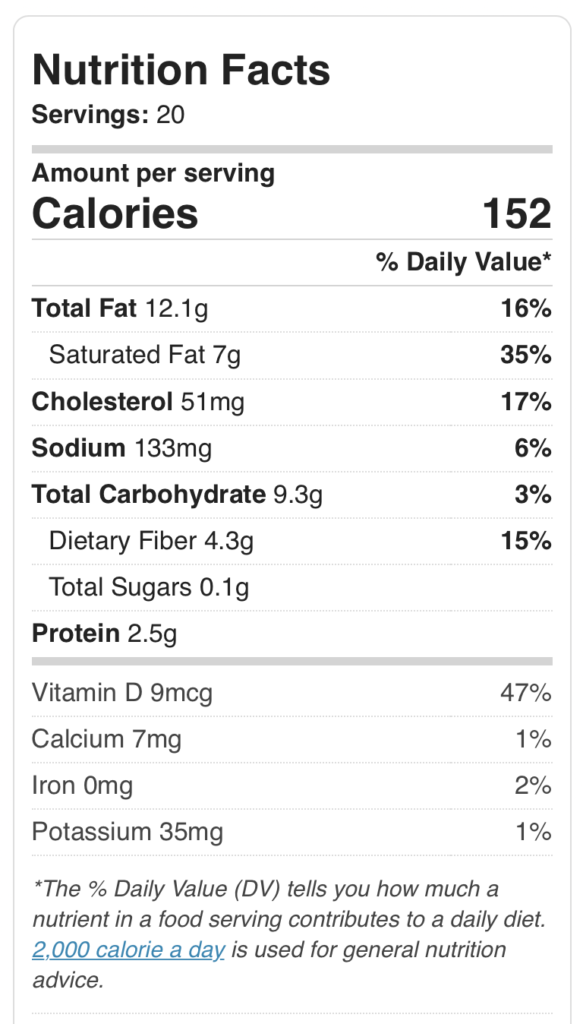 Keto mushroom bread with this rustic effect of old-fashioned pies looks and feels like something they would serve in Ancient Rome. Well, even Greeks loved and consumed mushrooms. However, knowing which mushrooms can end up on our plate is something that humans haven’t learned fully even today! There’s just something attractive in these microorganisms that… 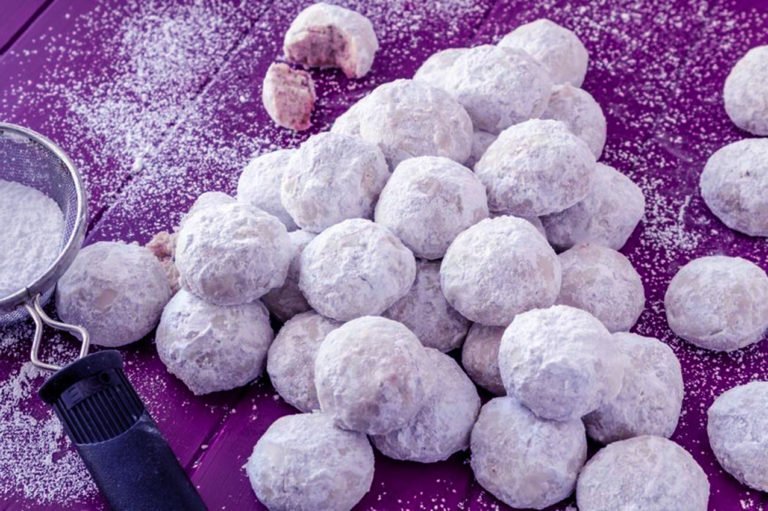 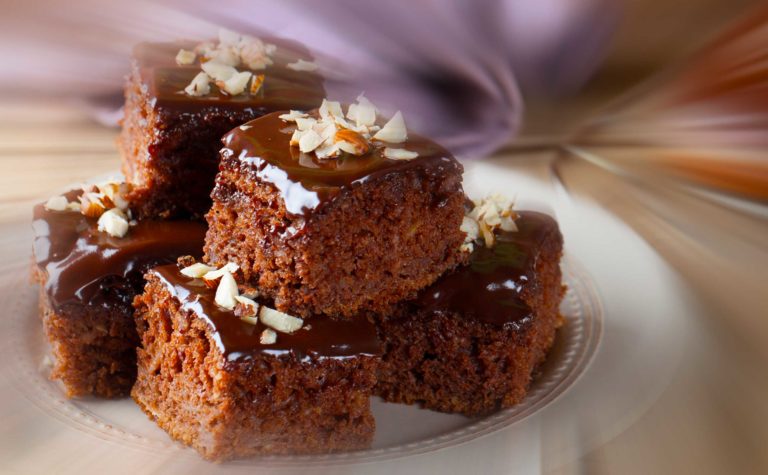 Keto hazelnut cake should be called Foudoukopita! Of course, if we follow the Greek tradition of naming the cake after the dominant ingredient. In fact, we already covered Karidopita (karidi / καρύδι /walnut) and many of you succeeded in preparing it. Naturally, one would think that the Greek word for hazelnuts (Foudouki) would produce Foudoukopita. Well, You will… 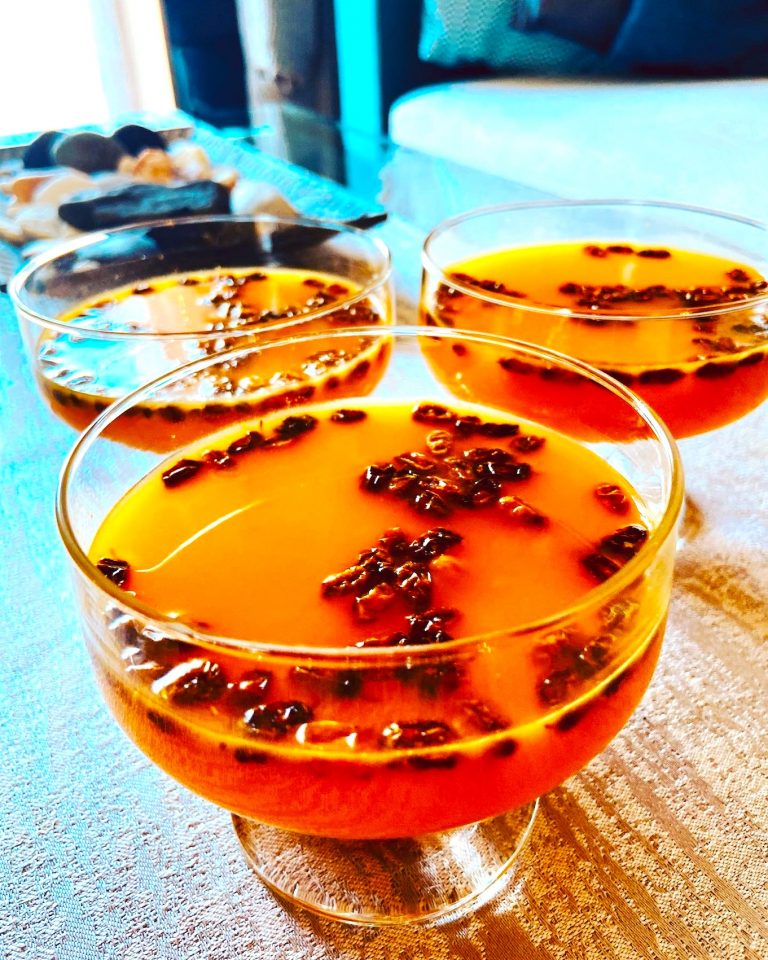 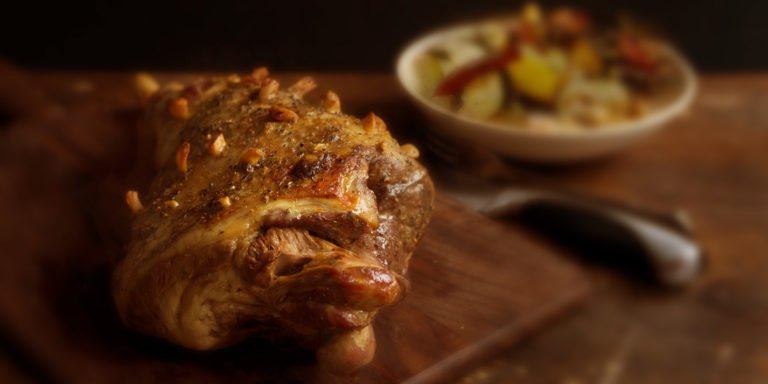 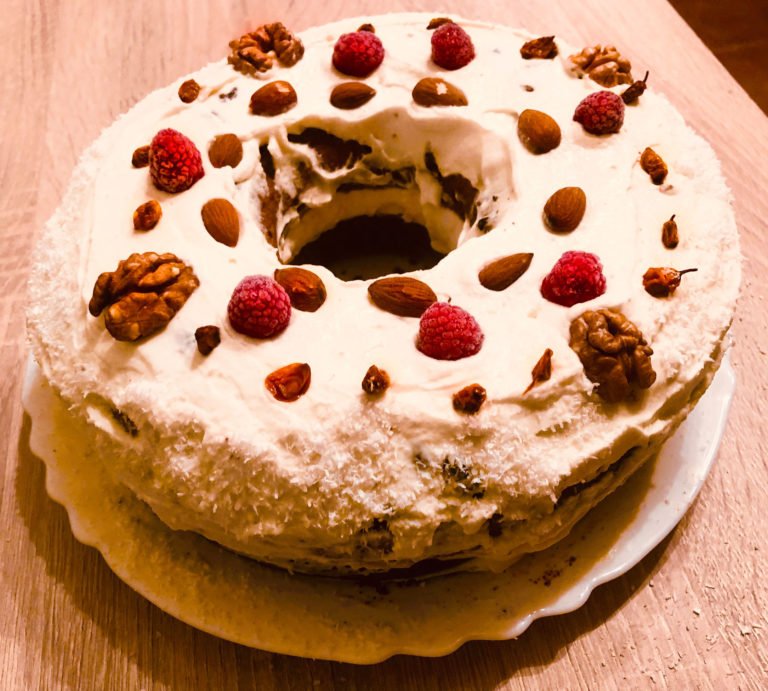