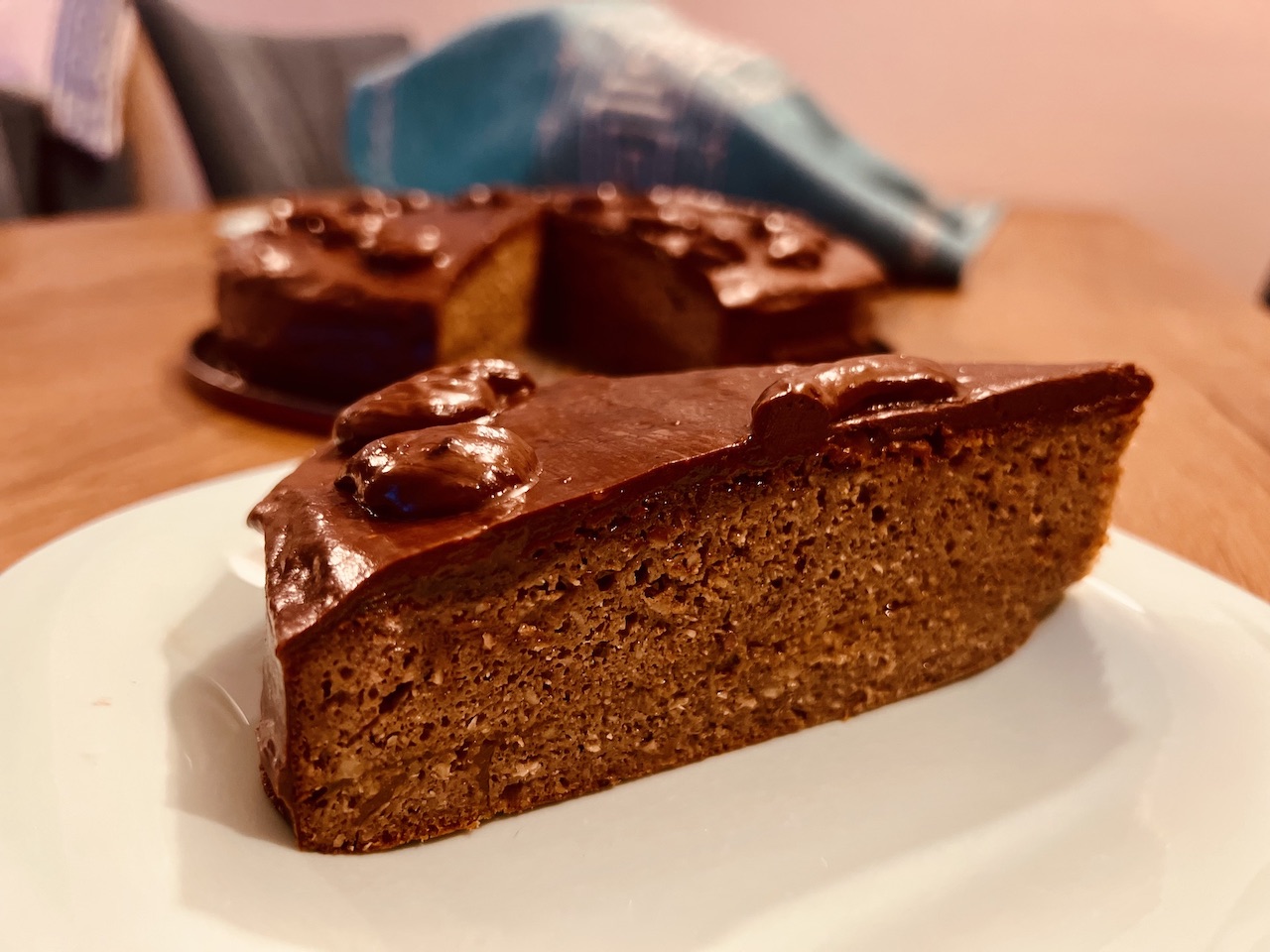 Low-Carb Sacher Torte is a special December project that had to happen in the Greek Goes Keto kitchen. Not only because December is the best time to visit Vienna, but also to make a dream come true! Yes, the famous and glorious Sacher torte (please pronounce it correctly, Za-Her) is now low-carb. Well, to make it as close as possible to the original, it will have to remain in the low-carb universe. However, I am 100% sure that if I excluded apricot jam and used just the sea buckthorn jello the cake would have Keto macros. And if you wonder what sea buckthorn is and how is it Keto-friendly, this LINK will give you all the info.

The Keto world debate and why low-carb Sacher torte

If you are following the low-carb or keto universe on social media, then you know there are two big groups of people standing for two different philosophies. There are those who claim you must never ever even think about cake or desserts. Are these people afraid of their emotions? Is it perhaps the fear of the way sugar controls our brains? Maybe. They think nobody should ever eat a cake and this is quite extreme. On the other side, there are those of us who think that with healthy ingredients, on a special occasion, you can make a beautiful Keto or Low-Carb cake.

Not only it has fewer carbs, but it also tastes equally good. In some cases. like in the case of this particular low-carb Sacher torte, the result can be outstanding. So, I ask you here, why not? At least once per year, at least during the winter festivities! After all, those chocolate cakes we ketonised taste so much better without sugar and wheat flour. So I ask you here again – why not? 😉

The legend and myth of Sacher torte

Since its successful gastronomic debut at Prince Metternich’s banquet in Vienna some 180 years ago, the Sacher cake has become the most recognizable offshoot of the Habsburg confectionary tradition. Not only that, it’s the most famous cake in the world. That delicious creation of chocolate sponge cake, with apricot jam and dark chocolate glaze, is still the sweet pride of the Austrian metropolis and the gastronomic ambassador of the once powerful Danube monarchy. The old saying that the greatest works of art are at the same time the simplest says it all about Sacher torte. With its perfect simplicity entered the book of the world’s most famous delicacies.

Continuing by accident like all legendary dishes, Sacher torte quickly became the alphabet of every confectionary apprentice. And the story behind it is quite romantic.

The Zacher history and variants

A recipe similar to the Sacher torte exists in a cookbook from the beginning of the 18th century. However, this “cake of all cakes” was born in Vienna in 1832. Preparing a banquet for distinguished guests, the then Chancellor of the Austrian Empire, Prince Klemens Wenzel von Metternich, ordered the kitchen staff to prepare a feast to remember. As with anything in Austria, he requested a special emphasis on dessert.

Due to the sudden illness of the head chef, a great responsibility fell on the 16-year-old kitchen apprentice Franz Sacher, who skillfully faced the challenge. He used simple ingredients to make a chocolate sponge cake with apricot jam. He then used chocolate frosting and served it with some whipped cream. In the sea of the usual cream cakes full of ostentatious marzipan sculptures, a different dessert was born. And everyone fell in love with it.

In the city of Vienna, where the famous cake originates, the Prince’s banquet was an unprecedented success. The young apprentice and his sweet invention are the urban myth of Vienna. After completing his apprenticeship, Sacher continues to work independently in Vienna for the highest classes. His son Eduard perfected the recipe for the famous family cake, and in 1876 he opened the Hotel Sacher right next to the Vienna opera house. This hotel over time became a favourite meeting place of the aristocracy and the elite who gladly came to enjoy the famous chocolate cake.

After the hotel’s owner changed before the Second World War, the son of its founder, also Eduard, found employment in the Demel pastry shop, to which he sold the rights to make the Sacher cake. Soon there was a conflict between the two institutions, which culminated in a court case initiated in 1954 by the Hotel Sacher claiming the right to the original recipe. The long-term “cake war” ended in 1963 with an out-of-court settlement. The Hotel Sacher has the right to call its cake “Original – Sacher – Torte”. It comes with a round chocolate stamp. The Demel offers it under the name “Eduard Sacher Torte” or ” Ur – Sachertorte”, i.e. the first version. It comes with a triangular chocolate stamp.

The basic difference between them is in the so-called Apricoting. The layer of apricot jam in the hotel’s original version is in the middle of the cake and under the chocolate glaze (on the surface and on the sides), and in Demel’s version only under the glaze. Despite the numerous variants of the Sacher cake, only the one from the hotel of the same name is authentic. The recipe is a secret so no one has yet succeeded in recreating the unique taste and texture of the original glaze. Sachertorte Day is on December 5. Although popular throughout the year, it’s actually the most popular gift during the Christmas and New Years’ seasons.

In the movie “The Sound of Music“, the first joint dinner of the von Trapp family and the governess Maria ended with a Sacher cake. A version of Sacher cake exists in every pastry shop in Vienna and around the world. With a little effort, it is possible to at least approximately reconstruct the taste of the famous delicacy. Its base is a soft and fluffy chocolate biscuit. Then the cake wears a coat of apricot jam in order to preserve freshness.

The biggest challenge, both for confectioners and amateurs, is precisely the chocolate glaze. According to a secret recipe, the original glaze features three special types of chocolate. This makes it perfectly velvety. The cake is best at temperatures between 16 and 18 degrees Celsius. Ideally, you will serve it with unsweetened whipped cream, which is the ideal counterbalance to the rich chocolate aroma. In Vienna, they will offer it with coffee or tea. The Sacher cake leaves almost no one indifferent. Therefore, it is not surprising that it has become and remains the “queen of cakes”. Finally, this Low-Carb version is something even a diabetic can enjoy to its full potential, once a year! 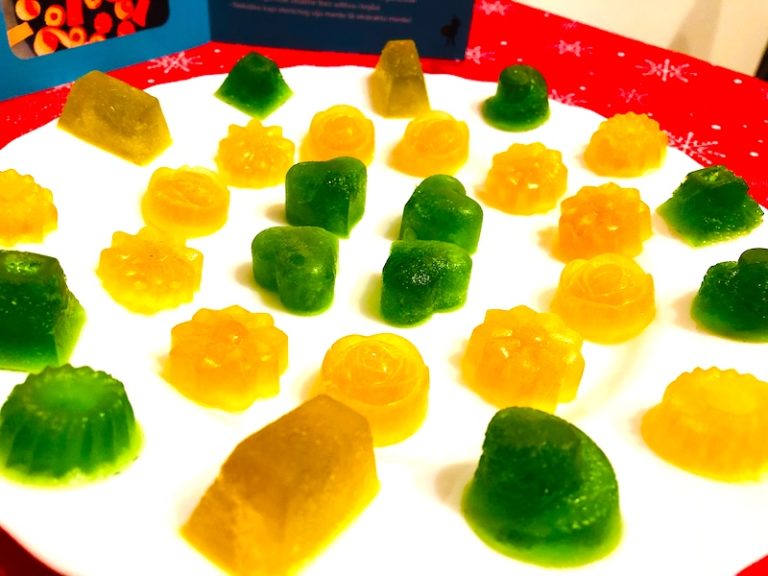 Homemade peppermint gumdrops could be the answer to those urges to buy industrial mints or gums after a great Keto meal. As you know, on those times when you season your meat just perfectly that the flavour of garlic and black pepper stays much longer in your mouth, you just want a gumdrop or two…. 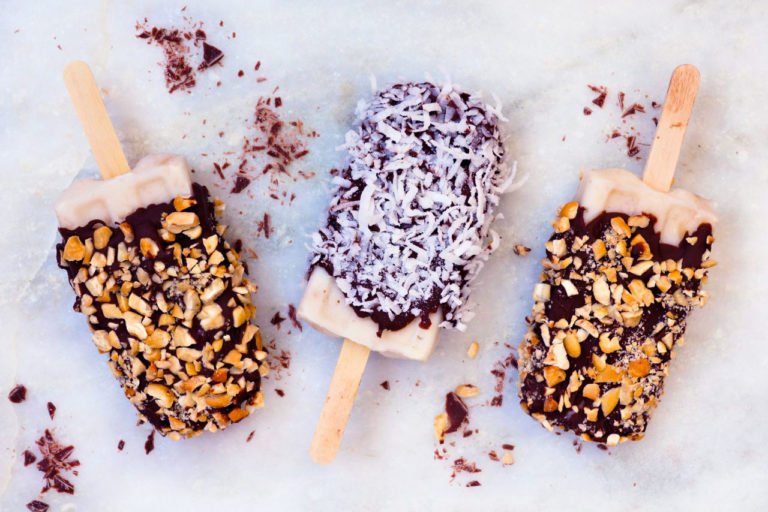 Keto Ice Pops or as the contemporary world calls them Popsicles, are the ultimate temptation when summer months arrive. This has nothing to do with the age! In general, people of all ages relate this unique summer treat to careless times, relaxation, vacations or even lazy afternoons. It’s almost a matter of modern mythology. Last night,… 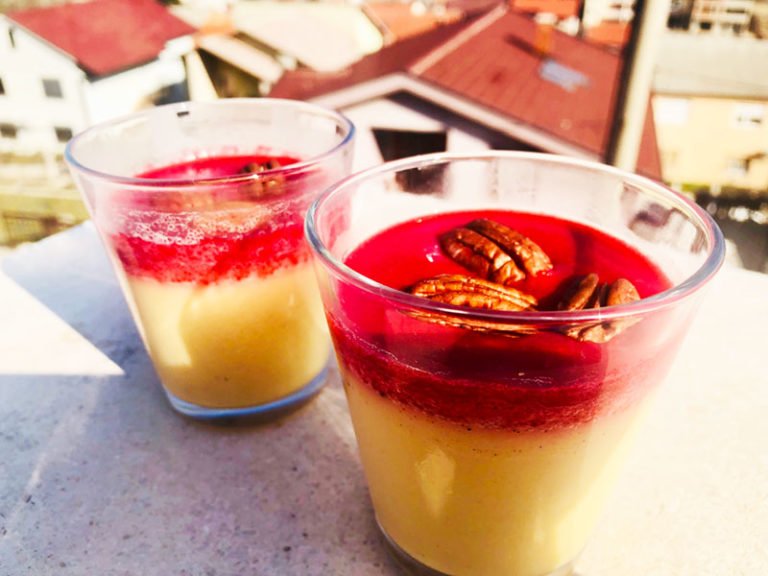 Wonderful Keto pudding! Yes, no fancy-schmancy ancient Greek-inspired name this time! Just Wonderful Keto Pudding. I created this recipe with all of you good Ketonians who can’t have any dairy products in mind. We’ve received many messages and questions if we can create Keto recipes for people that can’t have dairy. Not even the magical… 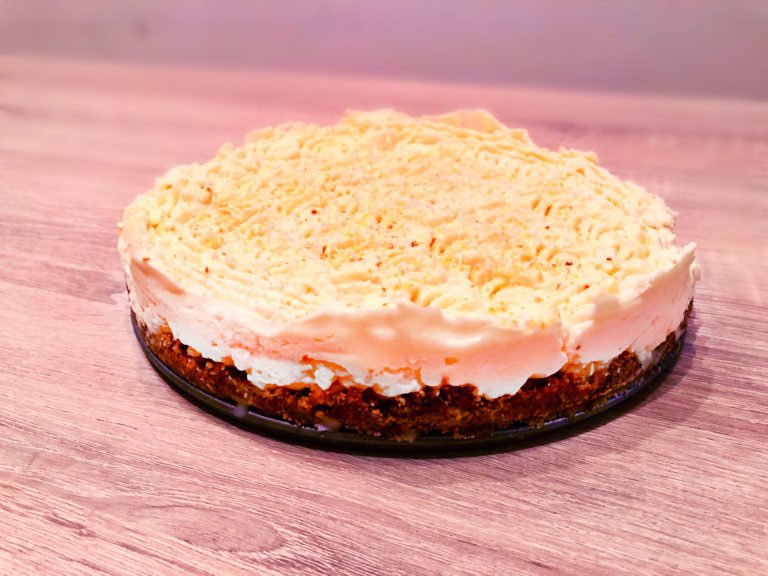 Soft and light is a term that is not present among Keto cakes that often. Naturally, if a cake falls into the Keto category, it’s difficult to make it soft and light with all that fat! However, if you add just a bit of bubbly sparkling mineral water, some orange zest and spices, you will… 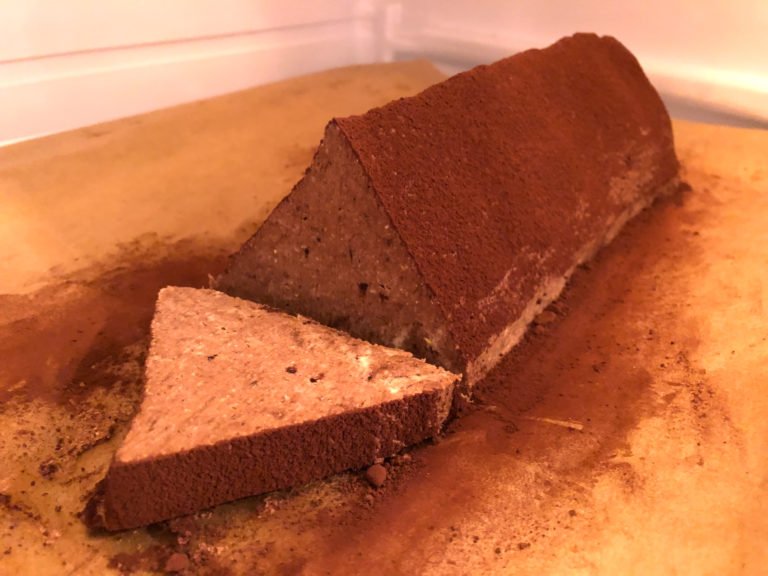 Keto dark chocolate desserts are adored by so many Ketonians around the globe. Yes, we like to experiment with the bitter-sweet combinations while knowing that the benefits and nutrients from dark cacao will give a healthy note to our Keto creations. However, finding Keto dark chocolate can be tricky. Especially if you rely on industrial… 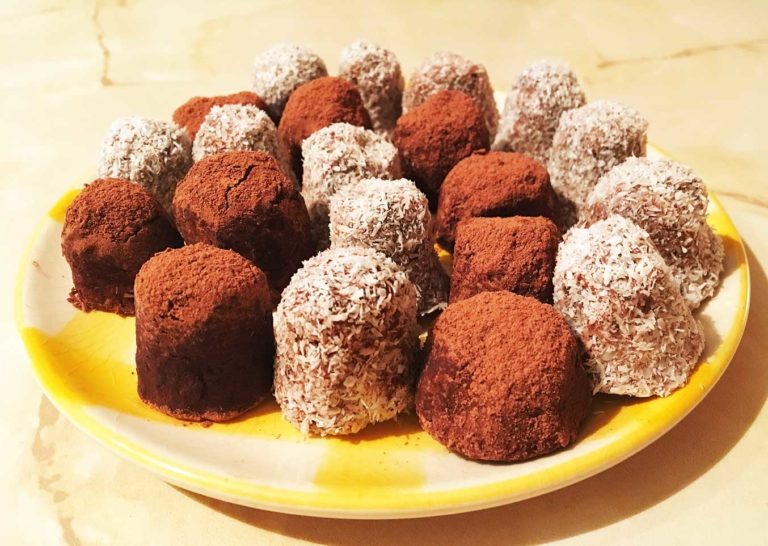