Keto Mediterranean lifestyle and how the sea affects us positively

I believe every nation has their own version of meatballs. Some make them grilled, baked, others cook them in a thick sauce or even in the soup. In Greece, we like the meatballs swimming in a thick, aromatic, red tomato sauce or in creamy yellow Avgolemono (eggs and lemon) sauce. […]

Mediterranean diet became extremely popular in the past two decades. Many scientific studies have shown that this might be the healthiest diet in the world! It was conceived from the traditional eating patterns of Mediterranean countries, such as Greece, Italy, Spain, Croatia, and southern France. It’s based mainly on seafood, […]

The most beloved Greek omelet Greek cuisine uses tomatoes wherever possible. Not only for famous Greek salads, Moussaka and cooked meals but also in simple meals like Kagiana. This dish can be enjoyed at any time of day. Many will be surprised that it remains equally delicious and consistent even when it’s chilled […]

Homemade soup was really rare in the Western world a few years ago. In fact, you could eat it only at grandma’s, if you were lucky enough to have her. But, with the recent popularity of bone broth, homemade soups came back in fashion. Since the slow home cooking is […] 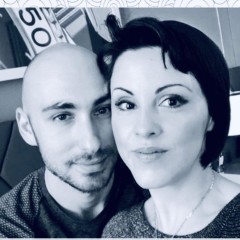 If you are a Ketonian, then you might already know about our passion to ketonise the Mediterranean diet and lifestyle. We are a couple of Ketonians, married in 2012. We enjoy our Keto journey and passionately share everything we learn, develop or experiment with.

SUPPORT US ON PATREON