Ancient Greek gastronomy is a subject that has been studied over and over by various scientists. Anthropologists and archaeologists, in particular, wanted to learn more about our ancestors by exploring their culinary habits. However, the history of ancient Greek gastronomy occupies the equal attention of nutritionists and modern gourmet experts. According to mainstream opinion, ancient Greek cuisine is one of the healthiest in the world! Mainly, because it represents a mixture of culinary diversity and healthy, fresh ingredients. On this, I must agree!

The elite of the ancient Greek era did not eat many carbs!

Social media today is a place for spreading false historical facts and using ancient Greeks as role models of vegetarian or vegan lifestyles. As a Greek, and someone who grew up on Greek rustic cuisine, I have to react! I simply must put a point here because nothing can be further away from the truth! In fact, animal fat was a divine macronutrient in those times. I already wrote about this phenomenon.

I have been reading and almost fanatically searching for data about ancient Greek gastronomy for many years. For me, this was like a personal provocation. Naturally, I had to put a stop to the misinformation that ancient Greeks ate predominantly plant and wheat-based diet. Let’s remember, wheat was not popular in ancient Greece. Of course, they ate cereals, but they were barley and Zea! You can read more about long-forgotten cereal called Zea in this excellent article! If you are not on a strict Keto diet, you can even purchase it online. Try it, before they forbid it again! The way Zea was forbidden in 1920-ties in Greece should be considered a crime against humanity!

To understand ancient Greek society, you have to be aware that the word Democracy did not mean exactly the same thing that it means today! The society was widely divided and if you were not a member of the aristocracy, wealthy merchant’s family, Olympic athlete, military leader or a well-known philosopher/teacher, you wouldn’t be eating healthy in ancient Greece. In fact, poor people and slaves ate a very bad diet based on bread and legumes. They also did not live long and healthy lives! Unless they were lucky enough to live on farms with goat and sheep products, in the villages or on faraway islands. Things were quite dark for the lower classes in ancient times!

There’s not ancient Greece as territory, only as a culture

Knowing this, it’s very superficial to claim that a vegetarian diet was predominantly the eating pattern in those times. We also have to know that Greece was not one state and each polis or region had different rules in general society.  In the opinion of gourmand experts, without the heritage of Greek gastronomy, there would be no real food. We owe the ancient Greeks the taste of seafood, fish, poultry, lamb, eggs, olives, various cheeses, sesame and numerous delicacies such as honey (ambrosia), nectar (wine).

The first data on culinary preferences in ancient Greece was given by the poet Homer some 700 years before our era. In his works Illiad and Odyssey, he gave a detailed description of the food that his heroes loved.

Interestingly, all Homerian heroes, Achilles, Odysseus, and Patroclus preferred meat from the grill.

Even today, the Greeks, just like their descendants, still adore roasted meat, especially lamb and pork. Homer also mentions good cheeses in his works! Well, I cannot be humble here, we the Greeks produce the best cheese and goat butter varieties on this planet. The first professor of cheeses at the highest New York school of culinary art was a Greek named Nikos Mateos.

The ancient Greeks liked to eat good and quality, fresh and well-prepared meals. They also had special ceremonies, and even slaves called Trapezologists, which in translation means “the table masters”. They were responsible for the feast taking place in the regular order to which only those invited could attend.

During the daily meal preparation in the family circle, lunch and dinner were prepared by a housewife with slaves. It is interesting that the lady of the home did not participate in food preparation for the Symposium, even though it was organized in her home. Professional cooks were hired for that occasion. Wealthier citizens of Greece had constantly engaged chefs, since the feast never stopped in their homes. The ceremony was an important part of the feast and the guests had to respect it. It was forbidden for them to come barefoot or untidily dressed.

Before reaching the bed on which they were eating, in a half-lying position, the slaves would wash their feet and smear them with scented oils. The feistiness at the event was contemptuous. Well-educated and hospitable guest often refreshed their fingers in bowls with water brought by the slaves. At that time, there was no other cutlery, except for spoons and fingers. Soups stood in bowls and they ate them with spoons.

They never served dishes that were loved by the poor citizens

The feast (Symposium) was a special event that was never ending in the homes of the wealthy elite. Bread was not popular at this occasions and it was served sometimes as a cake or dessert. Bread would only take the space of the good stuff. Basically, they wanted to eat more meat, fish and cheese. Bred, in fact, was considered as a food of the poor and slaves. Interestingly, the food causing bloating, such as lentils, beans, barley, cabbage or collard greens was never served at the Symposium.

The beef was not very popular in the southern parts, such as Athens. But, there are records of famous dishes prepared with beef liver. On the other side, pork, fish, seafood, snails and especially lamb prepared with herbs and honey were highly appreciated. The first part of the feast was over when food was no longer consumed and when it came to drinking, talking, singing… Flute masters were highly appreciated and they often entertained the guests. As soon as the second part of the feast started, the wine was no longer drank clean, but mixed with water. It was considered barbaric to drink wine without water.

The peak of refined culinary art in ancient Greece

I could say that this happened during the Pericles and Alcibiades from 449 to 429 BC. when Pericles sovereignly ruled Athens. Historians say that at that time Athenians even had special training for cooks and food experts. Everything had to be mastered, even the preparation of soft eggs. The proofs of that are the archaeological artefacts showing numerous different shapes of spoons, dishes and plates.

First of all, I would like to point out that the eggs were extremely appreciated in Ancient Greece. In particular, quail eggs were considered as a delicacy and medicine. A good cook would just beat fresh eggs energetically with herbs, spices and some honey and this would be an ultimate dessert or even a recovery treat for the ill or injured. The cakes made by the ancient Greeks also influenced the kitchen of the Roman Empire.

Ancient Greek tradition laid the foundation for Byzantine delicacies, and after the Turkish conquest of Byzantium, it also affected the Turkish heritage. Naturally, they brought it to Western Europe in their conquest hike. The most striking example of the ancient Greek cooking influence is a very popular cake which the ancients called Gastrin, in Byzantium it was renamed Kopti, and the Turks called it Baklava. The recipe has survived to this day, unchanged in its simplicity. A fascinating fact about Baklava says that even after 3000 years, they still make this world-famous delicacy the same way! I will be working on the Keto version very soon! Extremely low in carbs!

Opposite to Athens, Sparta did not have any great feasts, nor luxuries in menus. The Spartan warriors ate predominantly meat and dairy! There was only one dish that was favoured – a black soup (μέλας ζωμός mélās zōmós). It was made with pork (sometimes wild boar) with lots of onion, blood and vinegar. The recipe for this soup has been preserved to this day and has numerous variations in the region of Sparta known as Laconia.

‘Upon tasting it, one ancient food critic shouted: Now I understand why the Spartans do not fear death.”

Although it’s confronted with powerful competition, new products and cutting-edge technology, ancient Greek cuisine is still an inspiration to many people! It finds its high position among gastronomical experts, as it prefers simplicity and taste. Ultimately, it gives a sense of freshness and vitality.

For the very brave among you, I am bringing the ancient Spartan black (blood) soup recipe to the modern Keto and Carnivore world. Now, I know it sounds brutal, but if you are ready to take the challenge, you might discover that this soup is extremely empowering! I believe that contemporary mythology of Star Trek took Spartans as the inspiration for the brave alien race Klingons. In fact, Klingon Blood pie could be something that Spartans would eat! 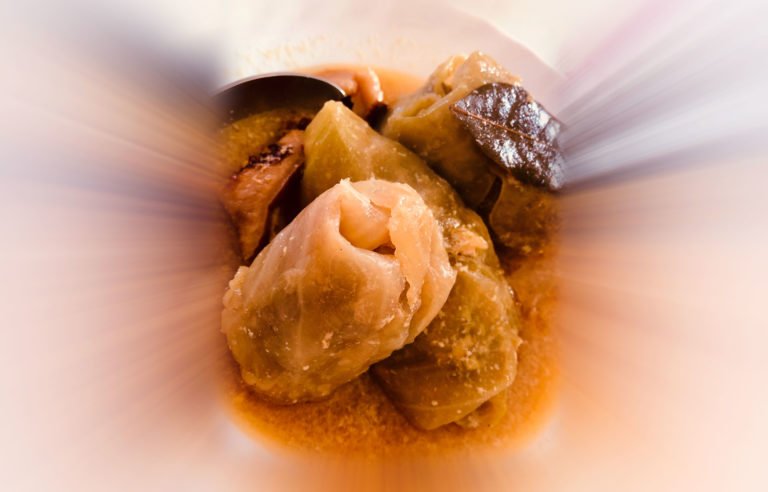 Sarma – her majesty! Allow me to invent a word – “Sarmanostalgia”. It’s a feeling every person who grew up in the Balkan territory carries all their life regardless of their current location. They often spend their whole life in search of the forgotten taste of perfect comfort food. The emotional connection is even stronger knowing… 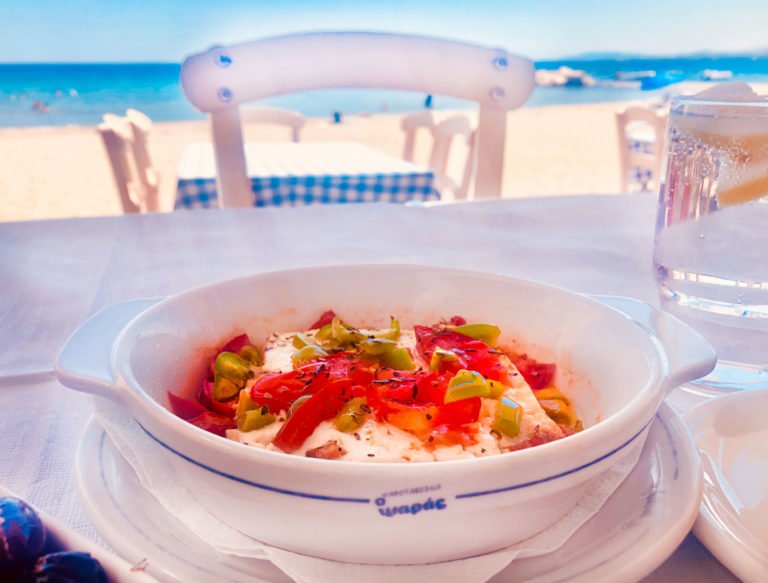 Baked Feta cheese might be the most delicious and healthy appetiser you’ll ever prepare. You will need authentic Greek Feta cheese available in our webshop. 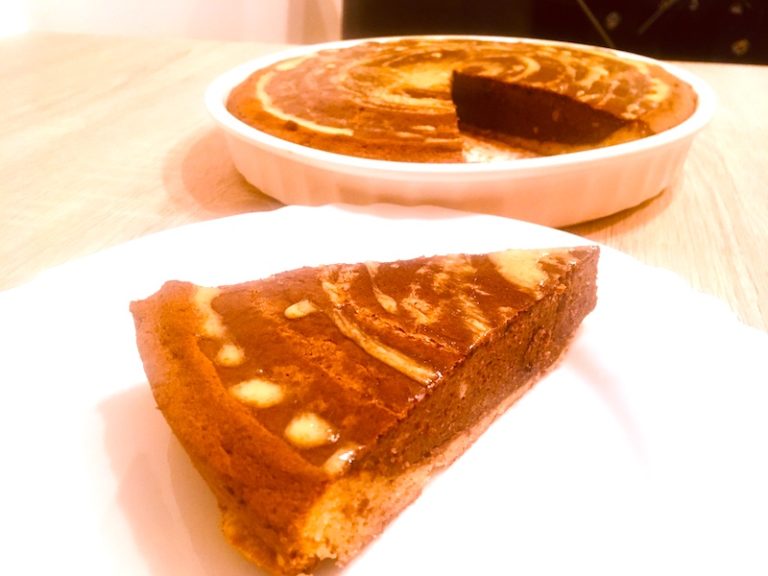 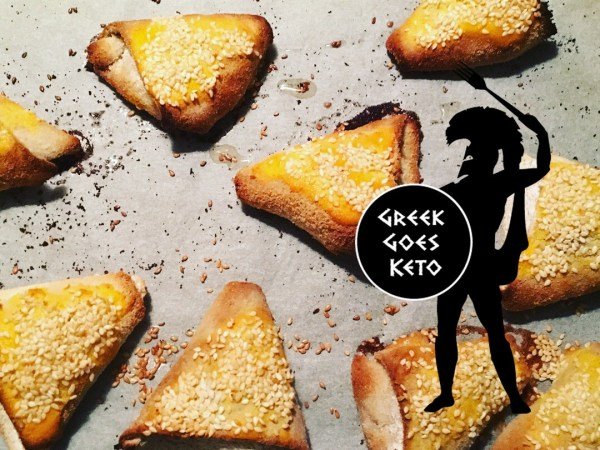 Switching to a keto diet might leave you with some sentiments of missing different kinds of phyllo dough pastry, pies, etc… For a Greek, the most missed thing is the famous tyropita (cheese pie), spanakopita (spinach pie), manitaropita (mushroom pie), kotopita (chicken pie) and even world-famous baklava. Yes, I am talking about classical phyllo dough. For sure,… 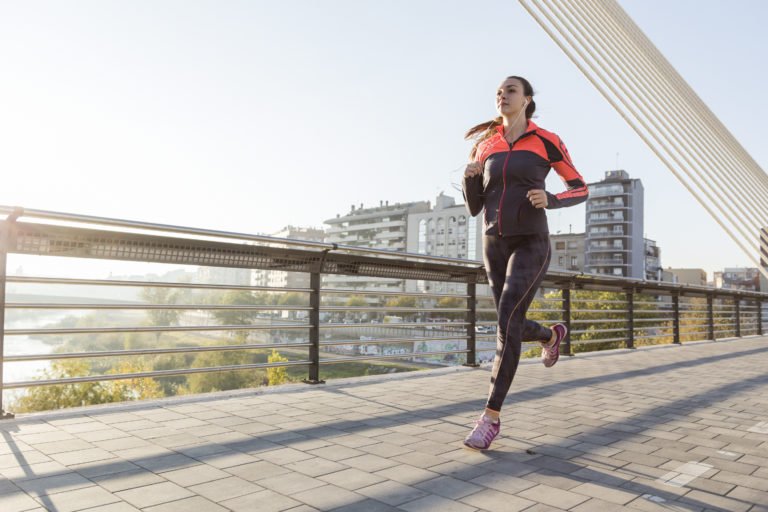 A lot of people are not feeling friendly to cardio. Especially when it comes to fasted training. It sounds like a struggle or a marathon race. Is it something so difficult to perform? Maybe if you are in a classic metabolic state and your fuel is glucose. Let’s see fasted cardio from another perspective. Fasted…