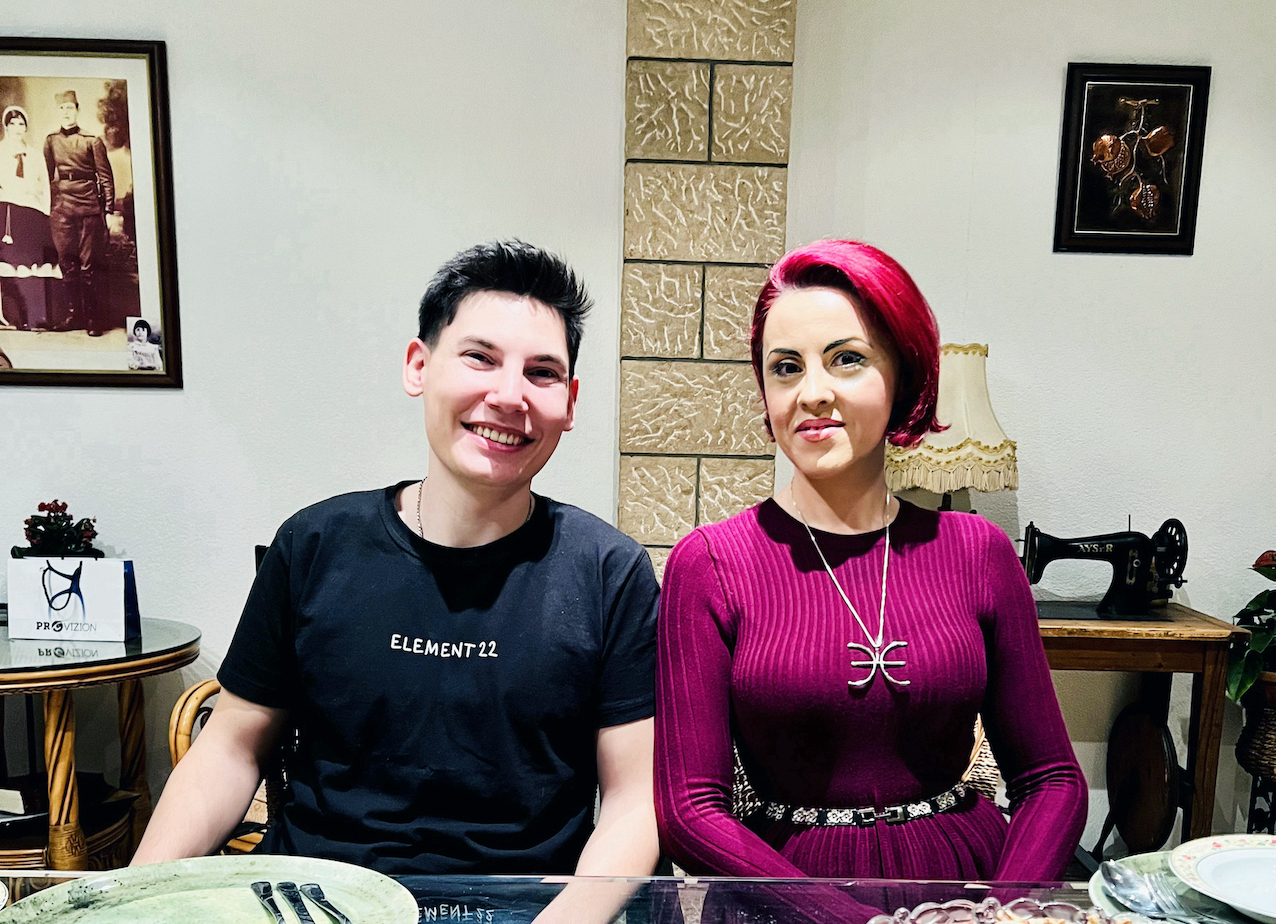 Inflammatory bowel disease (IBD) involves long-standing inflammation of tissues in the digestive tract. Thousands of people in the contemporary world suffer from IBS (Irritable bowel syndrome) or even IBD. We could go into details about the cause, but we believe that as a Ketonian, you might already know. This disease involves Crohn’s disease and ulcerative colitis. It is a long-standing (chronic) inflammation of tissues in the digestive tract. It’s painful, it’s destroying a patient’s confidence, mental stability and general health. This is often followed by weight loss and immune system drop. As you might know, gut microflora plays a significant role in the stability of our immune system.

Conventional medicine has no cure

If you suffer from this disease, your doctor most probably told you there’s no cure. Conventional medicine does not have a long-term and side-effect-free solution for Inflammatory bowel disease. They claim that carbohydrates and fibre (most probably the main factors of inflammation) should never be excluded from a patient’s diet. Doctors that specialise in this disease, in most cases, recommend taking more fibre or resistant starch. However, in the world of the Carnivore diet, hundreds of people swear they have reversed their syndrome (IBS) or even disease (IBD). Thanks to dr Shawn Baker, even studies are being available. But somehow, I always had the “gut feeling” that when I hear the testimonial of a real person, it’s closer to the truth than all the studies out there. Call me a science denier, but, when it comes to IBD, it looks like less medication means more help. And the person I am going to present you here is as real and genuine as he could be. Being an active member of Marko’s healing team, I feel obligated to share this story!

This is a story about a young man that can serve as an inspiration. More and more people of all ages suffer from conditions such as inflammatory bowel disease. For them, this will be a first-hand testimony, something that might give them hope.

Marko was only 16 when his mother Tonka and sister Marija brought him to Apollonas’ nutritional therapy office. For those of you who still don’t know who is Apollonas, he is a nutritional therapist and founder of this website. Marko had a severe episode of IBS with days of diarrhoea, pain and weight loss. Apollonas gently introduced him and his mother to the Mediterranean version of the paleo diet. It helped a bit. However, whenever Marko felt better he would eat something that would bring the symptoms back. Whether it was barley bread or crepes made with wheat flour his symptoms would get worse and worse. At one point his condition worsened so much that Marko ended up in the hospital for almost a month. Conventional medication did not do much for him, except temporarily ease the symptoms. The cause problem was still very much present!

From low-carb and Keto to Carnivore

Apollonas then recommended the Low-Carb approach. However, it was a special program to prevent further weight loss. In the meantime, some tests showed Marko is allergic to egg whites, cereals, and dairy. Interestingly, the test did not show an allergy to Buffalo dairy. So, the diet had to be adjusted to that and Markos’ father would take a trip to Italy just to get him buffalo milk products! This approach gave much better results but Marko’s body and muscle mass were still quite low. There were still episodes of painful diarrhoea, vomiting or pain. But as long as his mother was cooking low-carb meals, Marko would get better and better. This is when Apollonas introduced the Carnivore approach (larger portions) with ruminant animal meat, rabbit, seafood, and quail eggs (to which he had no allergy). At this point, Marko started gaining muscle mass and started sleeping better. He joined the gym and in a couple of weeks turned into a handsome and healthy-looking 18 years old man.

When he decided to study in Croatia’s capital Zagreb, problems came back. Marko wanted to join his friends and colleagues who ate “whatever is tasty” but his condition drastically worsened. He then visited a well-known specialist in the big city and this doctor introduced him to Biologic drug therapy. Even though the doctor explained to Marko how this worked and what could be the side effects, he was so exhausted by pain that he decided to give it a go. Once a month he would go to the hospital and get the biological medication intravenously. He then was instructed that he can eat whatever he likes. Which actually wasn’t quite like that. Despite the medication, problems did not disappear as if they were never there. At one point, the doctor recommended surgery! This was the awakening moment for Marko.

When the timing is just right

It was around that time that dr Shawn Baker came to our Carnivore retreat in Mostar. Marko was in Zagreb. Something gave me an impulse to call him and ask him how he was. And the moment I heard he opted for the biological medication, I knew that we have to remind him of his Carnivore success. This is when I organised a video call where both Apollonas and dr Baker spoke to Marko. This was the moment he decided to stop the biological therapy, drop all the inflammatory food experiments and go back to Apollonas’s version of the carnivore diet. This means only ruminant meat, internals, seafood and quail eggs. After just a week, Marko reported feeling great and having no symptoms. Just after he dropped the biological medication, he got a flu-type infection which is normal and listed as a side effect of this type of medicine. After that, he never felt sick or uncomfortable for months.

When you heal with the Carnivore diet, occasional feast like the food shown in the gallery below is possible!

It was just a day before new year’s eve that Marko’s mother invited us to visit them since Marko was also there. We were excited to see him and hear the whole story. I decided to bake a Keto Vasilopita cake for the family, but I knew it will not be offered to Marko. To my surprise, when we arrived, Marko’s mother informed us that on special occasions he eats Keto cakes without problems. I double-checked with Marko and he said that he had zero symptoms after eating Keto desserts during Christmas time. Let’s remember, just 6 months ago he was on regular biological medication and still had reactions. Now, with the Carnivore diet, he is even able to eat a piece of cake made without sugar or grains, or even eat some fruit.

Naturally, he doesn’t eat these things very often. After Christmas and New Year, he will go back to his healthy regime, focus on his university exams and make some dreams come true! He told us he found a good butcher in Zagreb and also that the marketplace where fresh fish is available two times per week is just 2 tram stations away from his apartment. However, He prefers to walk there!

This is something that made me believe Marko will have huge success in everything he does. He already won the biggest battle of his life twice. Once when he was 18 and now that he is 21. Sound’s quite inspiring, doesn’t it? 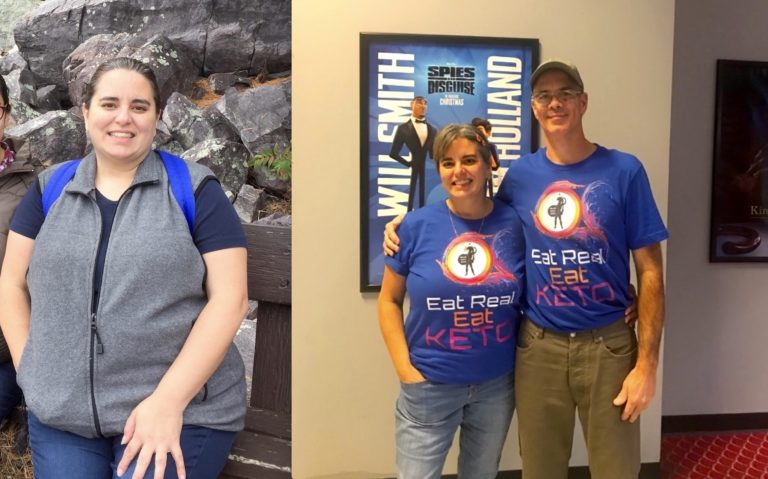 Inspiring Ketonians in Greek Goes Keto universe burst with energy and each day reminds us of the reason we started this project! As our Keto Mediterranean movement is growing, we keep getting impressed by individuals from different parts of this planet that live a true KMD life. Regardless of their location, these Ketonians walk tall… 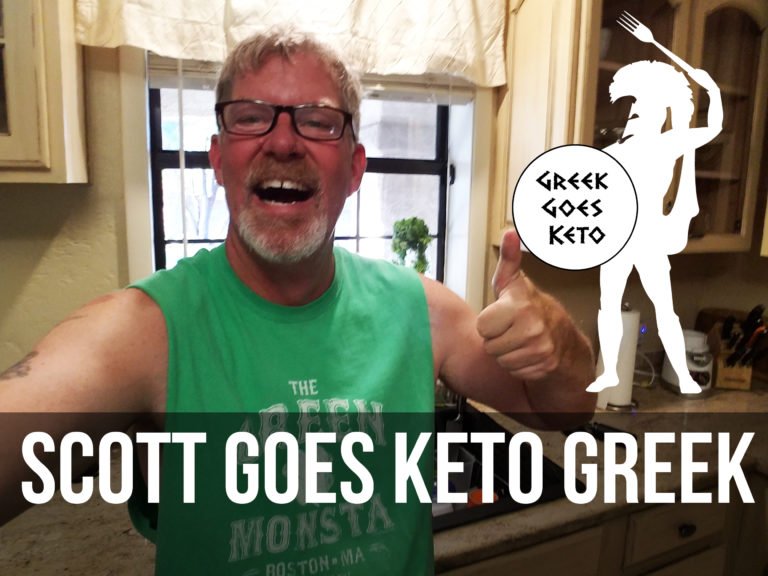 Keto Greek adventure started almost a year ago. Every time I receive feedback from my social media friends and followers I get motivated to continue this project with all the passion and determination. I started this blog for all of you who want to improve your lives. For those who want to live a game-changing…