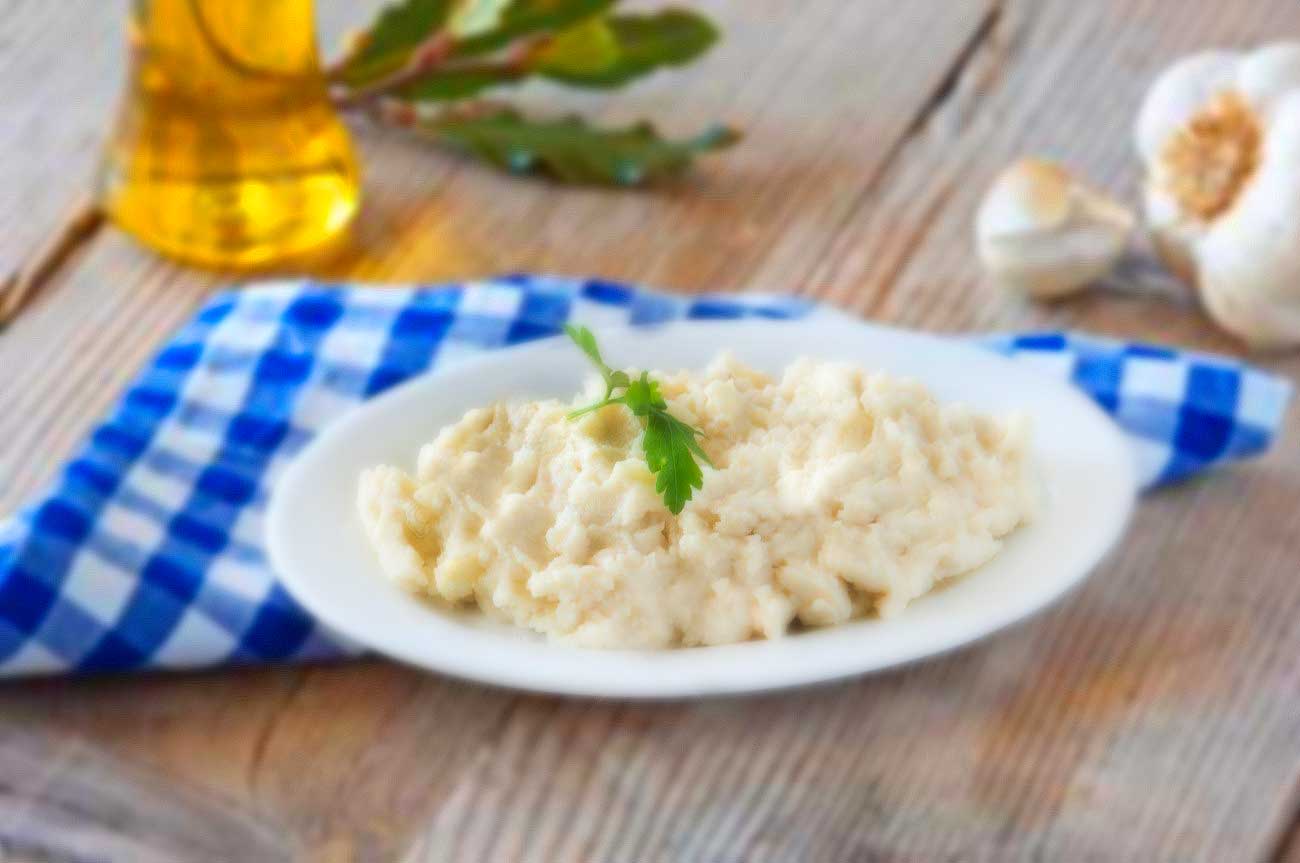 Keto Skordalia – to anybody who knows this traditional Greek dip – sounds like an oxymoron! It’s originally made with mashed potatoes. How can it be Keto?  In fact, the famous Greek garlic dip was waiting for its turn on our Ketonisation list for a long time. Well, even though it’s called a garlic dip (The word is derived from the word σκόρδο – skordo, which means garlic in Greek), the original version could be called “mashed potatoes with garlic”.

I don’t know why potatoes became so popular in Greece… Our cuisine is abundant in delicious, nutritious, colourful, flavourous, intensive vegetables. Now, please understand that potatoes cannot be considered as good food on Ketogenic lifestyle due to their excess starch content. As we know, starch turns into sugar quite quickly! In fact, I am suspecting that the overutilisation of potatoes could have helped the obesity rate of modern Greeks.

Interestingly, if you decide to eat potatoes alone, without any fat, any spice or additives, they will taste extremely boring and one can choke on their dryness. In fact, when the potatoes were originally introduced to Greece, people did not want to eat them! Here’s a great story about the introduction of potatoes to 19th century Greeks.

In 1828, when the first true national government of Greece was formed, it was under the direction of Ioannis Kapodistrias, who as “Governor of Greece” was head of the state and the government.
The way Kapodistrias introduced the cultivation of potatoes remains famously anecdotal today. Having ordered a shipment of potatoes, at first he ordered that they be offered to anyone interested.

However the potatoes were met with indifference by the population and the whole scheme seemed to be failing. Therefore Kapodistrias, knowing of the contemporary Greek attitudes, ordered that the whole shipment of potatoes be unloaded in public display on the docks of Nafplion, and placed severe-looking guards guarding it.

Soon, rumors circulated that for the potatoes to be so well guarded they had to be of great importance. People would gather to look at the so-important potatoes and soon some tried to steal them. The guards had been ordered in advance to turn a blind eye to such behavior, and soon the potatoes had all been “stolen” and Kapodistrias’ plan to introduce them to Greece had succeeded.

Story told by this forum member

Keto Skordalia for the lovers of Greek tradition

I guess after we the Greeks finally accepted potatoes, we had to come up with one million ways to improve their flat and boring taste. One of those ways included mashing them with lots of cooked garlic. Well, I am sure that this recipe was adapted from a previous version made with some other, much more nutritious vegetable. In fact, in Greek tradition, mashing vegetables is quite popular.

Ketonisation with attention to details

As I’ve been asked for numerous times to ketonise this simple recipe, I wanted to make it as tasty as possible, while keeping the infamous carbs very low. The colour, of course, had to stay light, so my best choice from the Mediterranean vegetable kingdom was zucchini. However, in order to make Keto Skordalia intensive, I decided to mix the zucchini with cauliflower. After all, it’s one of the best vegetables for preparing dips and mashed paste-alike dishes.

The Excellence of Macros

In this Keto skordalia recipe, we will end up with 3g net carbs per portion! At the same time, our good fats will be somewhere around 15g which is quite Keto-friendly.

Let’s get to the Keto Skordalia recipe 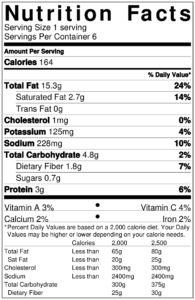 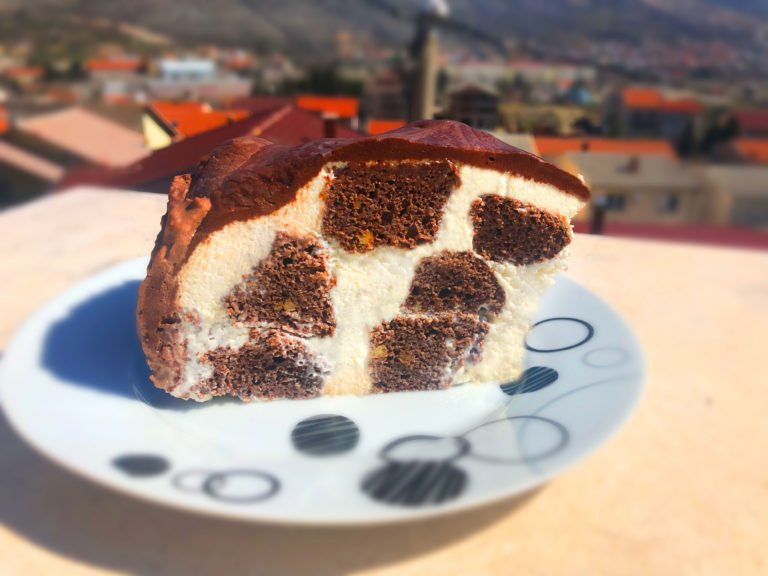 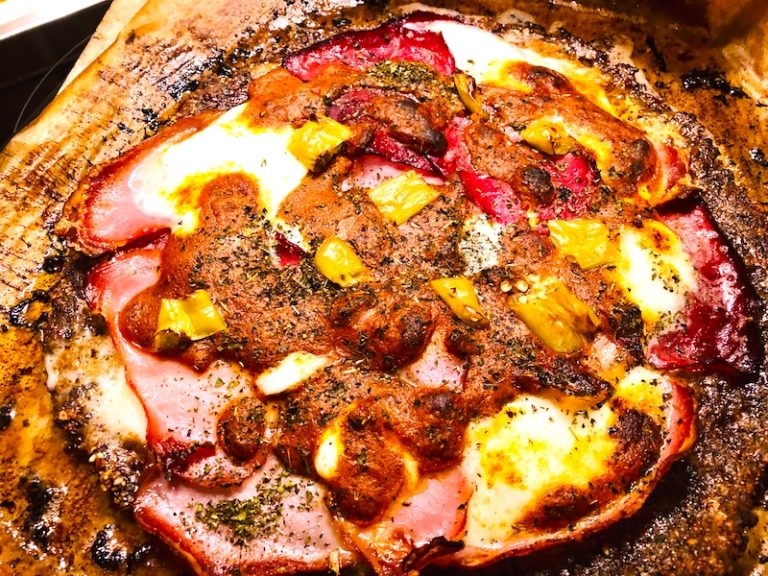 Carnivore pizza or in general carnivore diet in Greece would be pure paradise experience! In fact, in any Mediterranean country, you could bring your carnivore lifestyle to a gourmet level. And not only that, in this area, you’ll have healthiest sources of lamb, goat, wild game, seafood, fish, eggs, snails, frogs… The list goes back… 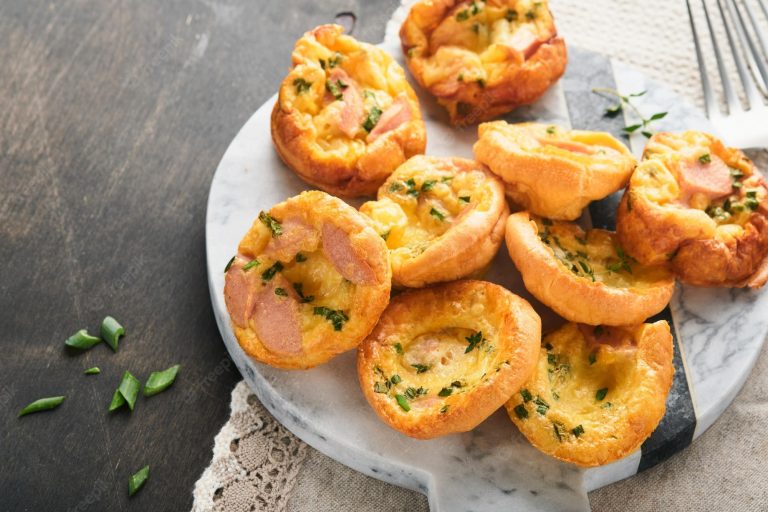 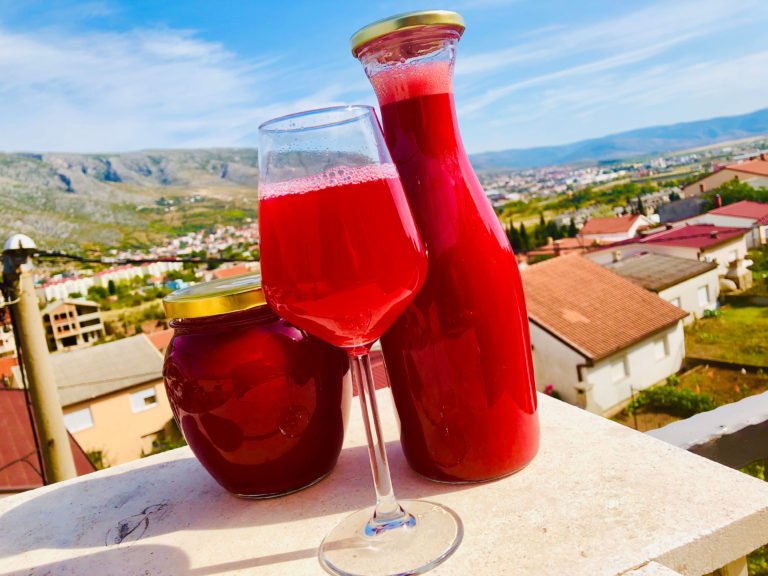 Cornelian cherry is almost a deity in Eastern European stories and myths. From the times when ancient people were discovering healing potentials of certain foods, this magical tree has been used from root to fruits. I don’t know why it got the suffix “cherry” in English, but I assure you, it’s not even a cousin… 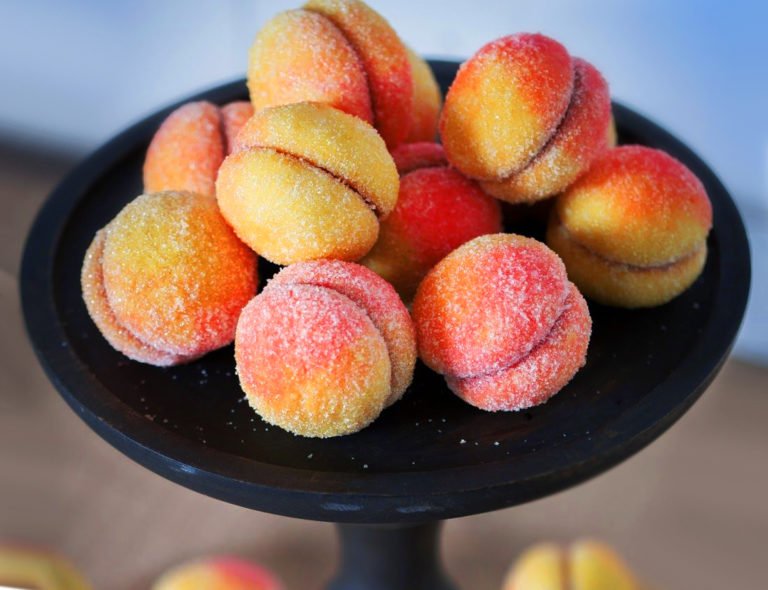 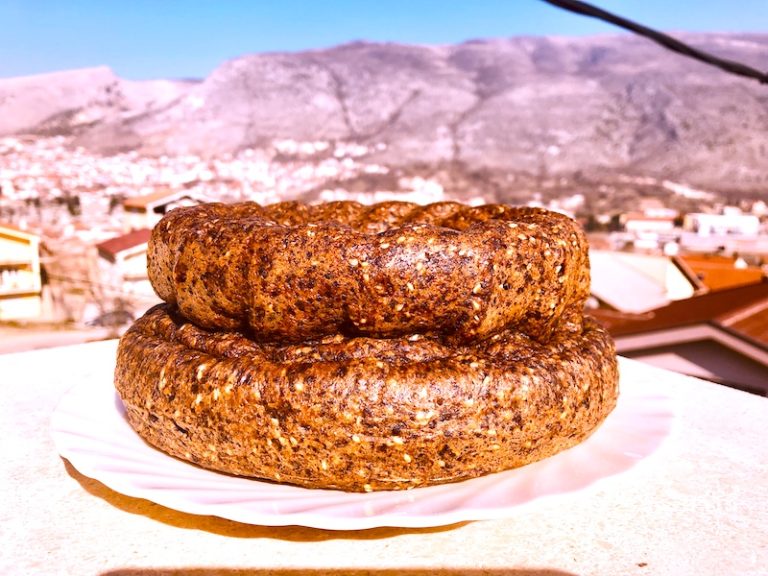